From May 24th to 26th this year’s Essen Health Conference took place. For the tenth time already, Martin Karlsson from the University of Duisburg-Essen, and Therese Nilsson from the University of Lund organized this successful conference at which topics in health economics are discussed at a high level. In more than 30 presentations, several research questions belonging to the topic Where Health meets Labour and Education Economics were discussed.

Main part of the programme are the annual keynote lectures. Beside Amanda Kowalski (University of Michigan, NBER) and Fabian Lange (McGill University), Hanming Fang (University of Pennsylvania) was invited as speaker. The latter discussed the relationships between health insurance, labour markets and health, and pointed out several questions to be evaluated by future research. In contrast, Holger Strulik (University of Göttingen) presented his approach to integrating health and ageing into economic models, which – unlike established theories – is strongly based on findings from medical research.

“In the previous years, the Essen Health Conference was not only established as an important event for discussing current health economics research, but it also promoted the exchange with related disciplines such as labour and education economics”, Martin Karlsson recapitulates. “But not only experienced colleagues are enabled to participate but especially the integration of young researchers into the scientific discourse is one of the conference’s central aims.” And the conference seems to achieve this aim. A profitable experience for Norman Bannenberg, doctoral student at the University of Duisburg-Essen, who was able to present his own research to an international audience and discuss the results.

The conference is organized by the health economics research centre CINCH which is founded by the German federal ministry of education and research. The conference organization is financially supported by Kulturstiftung Essen. The centre’s focus lies on topics related to competition in the health care sector, which are evaluated by two junior research groups as well as complementary projects. The conference in 2020 is already at the planning stage. Next year’s focus will again lie at the interface of health, labour, and education.

Further information is available at the conference office at contact.conference (at) ibes.uni-due.de. 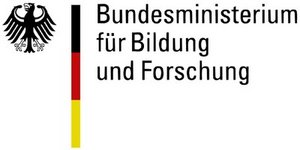 This year, the Best Paper Award was awarded for the second time. Among the overall high-quality submissions this year, this year's winner was Teresa Molina (University of Hawaii at Manoa) with her paper "Pollution, Ability and Gender-Specific Investment Responses to Shocks".

The second place was conferred to Martin Salm (Tilburg Universtiy) and the paper co-authored by Athur P. Hayen and Tobias J. Klein. "Does the framing of patient cost-sharing incentives matter? The effects of deductibles vs. no-claim refunds".

The third place was conferred to Benjamin Ly Serena (University of Copenhagen) and his paper "The Effect of Psychotherapy Coverage on Psychiatric Hospital use and Suicide Attempts".